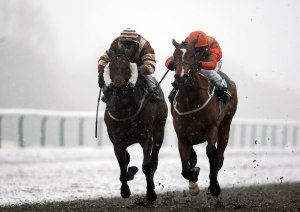 Attendance is up at racecourse owned by Arena Racing Company. Pic: ARC/Lingfield

Average attendance at the 15 tracks run by Arena Racing Company (ARC), the owners of Lingfield Park, increased by an average of 5.2 per cent in 2013.

The total turnout at ARC venues was well ahead of the industry average, yet despite the good news ARC director of marketing, Mel Armstrong, believes there is still plenty of work still to be done.

“We worked hard in 2013 introducing a number of new customer initiatives to try and boost attendances,” Armstrong said.

“The figures show we made plenty of progress, especially at Chepstow, which saw a 24 per cent increase in average attendance, and at Doncaster where the average was up by 10 per cent.

“Customer initiatives such as the ARC Annual Member scheme, the Young Hooves Kids Club, live music and a more targeted communications strategy with our customers all played their part.

“The ARC annual member scheme in particular has been a significant success and arguably offers the best value deal in racing where a single membership fee gains access to all the other 14 courses for free.
“This will be a tough year with the World Cup in Brazil competing for the sporting and leisure pound, but we are still keen to do more to attract racegoers to our courses by putting the right customer offering on at the right time.

“As our knowledge of our customers increases, we plan to bring in fresh initiatives during 2014.”Arena Racing Company is the largest racecourse operator in the UK who on Good Friday hosts the finals of the All-Weather Championships at Lingfield Park.