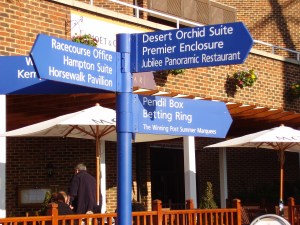 Captain Cee Bee has been supplemented for the Stan James Champion Hurdle to leave a maximum field of 12 runners for the feature race on the first day of the Cheltenham Festival.

Connections of the JP McManus-owned 13-year-old opted to pay the £20,000 supplementary entry fee following an impressive third place to leading Champion Hurdle fancies Hurricane Fly and Our Connor in the BHP Irish Champion Hurdle at Leopardstown at his last start.

There Edward Harty’s charge kept on well in the run-in to finish a total of two and three-quarter lengths adrift of Stan James Champion Hurdle favourite Hurricane Fly (11-4), the pair separated by Our Connor, who is best priced at 9-2 for the big race on March 11.

“The thinking behind supplementing Captain Cee Bee is that he is in very good form and he ran a blinder in the Irish Champion Hurdle, which was unfortunately after the Stan James Champion Hurdle closed,” Harty revealed.

“We haven’t even thought about tactics, but his preparation has been very good and if he can repeat his Leopardstown run, he will have a squeak.

“He has won the Supreme Novices’ Hurdle, was third in the Champion Chase and had an off-day there [in 2010], but it’s great to going back to Cheltenham with a horse in such good form as he is.”

Captain Cee Bee’s entry boosts McManus’s entries in the £400,000 contest to three as he also looks set to be represented by My Tent Or Yours, who suffered and injury scare this week, and Jezki.

The Cheltenham Festival takes place next week from March 11-14.

Read Horse Talk with Simon Jackson each day at London24 for the latest horse racing news.