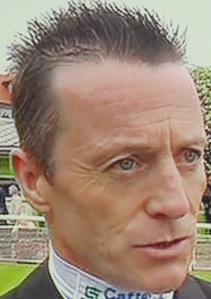 Kieren Fallon is relishing his new position as part of the Godolphin team.

Kieren Fallon has said he is relishing being part of the Godolphin team after news of his appointment as joint-stable jockey for trainer Saeed bin Suroor; alongside Silvestre De Sousa.

The Newmarket handler revealed on Sunday that the six-time champion jockey had accepted a pivotal role in the team, the news capping a great weekend for the 49-year-old rider who had earlier landed the QIPCO 2000 Guineas on Night Of Thunder.

“My understanding of it [new job] is that I am part of the team there and will be riding the horses they want me to ride,” said Fallon who is set to partner leading Derby contender True Story in the Group 2 Betfred Dante Stakes at York next week.

“And the same for Silvestre who is doing the same role,” continued the three-time Epsom Derby-winning jockey who has landed the big race on Oath (1999), Kris Kin (2003) and North Light (2004).

“We are riding whatever we can get. They will probably use the best jockeys available when they can.

“There are so many big meetings and all the big days are always going to be on a Saturday or a Sunday so there is going to be a shortage of jockeys, especially for the big races and the good horses.”