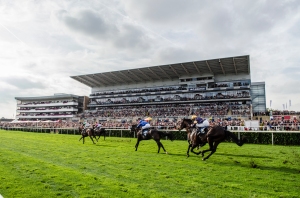 The British Horseracing Authority (BHA) has issued a statement in response to a photo in the Daily Mirror relating to the death of Wigmore Hall, who was put down after being injured at Doncaster.

The Michael Bell-trained Wigmore Hall, the winner of £1,334,814 in prize money, was put down soon after he was pulled up injured, two furlongs from the finish of a race on September 13.

The BHA responded yesterday (Saturday) to the Daily Mirror’s front page piece of the same day headlined ‘Shot in the head… a tragic end for a £1.3million champion.’

Speaking in regards to images printed in the Daily Mirror newspaper on Saturday 20 September 2014, Robin Mounsey, media manager for the BHA, said in a statement.

“We are appalled by the Daily Mirror’s decision to publish these photos, and also to contextualise the images in the manner that they have.

“All that the images show is a veterinary surgeon doing his job and carrying out an act of humanity to prevent an animal from suffering. They show the same actions as would be taken by a vet whether the incident was occurring on a racecourse or at home in a field and we do not understand where the public interest lays in publishing these images or why they should be used to open a debate about Horseracing.

“We will be seeking a meeting with the editor of the Daily Mirror in regards to this issue and the use of these photos in such a manner.

“It is typical of Animal Aid to use images such as this to drive their own publicity and agenda, which is not the welfare of thoroughbred horses. Animal Aid are not a welfare organisation, nor are they a charity. They campaign for the banning of Horseracing, despite the disastrous effect that this would have on the thoroughbred horse as a breed, and the rural economy.”

Meanwhile, Michael Bell has also issued a statement on his website following the Daily Mirror article:

“I find the decision to publish these photos disgusting,” Bell said on his website. “To publish them in this manner, as if they are evidence of an act of cruelty, when in reality it is an act of humanity being performed by a veterinary surgeon doing their job.

“The whole yard were watching the race in which ‘Wiggie’ suffered his fatal injury and many tears were shed afterwards, He has been a favourite in the yard for six years – he never wanted for anything.

“The loss of Wigmore Hall has been felt deeply by everyone at the yard and the hundreds of people who befriended him on his worldwide travels. I cannot overstate how upsetting the publication of these pictures is for Wigmore Hall’s owner and his young family, all my staff and not least myself and my family. Did those responsible for the decision take into consideration the feelings of those close to the horse before publishing?

“I wholly support BHA in their efforts to get a full explanation from the Mirror for the decision to publish these photos and the distress which their publication has caused.”