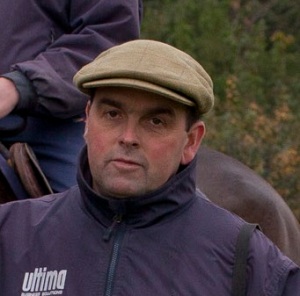 Alan King gave a positive report about the chances of Balder Succes in the Tingle Creek Chase.

Alan King is upbeat about the chances of Balder Succes who heads the betting in the field of 10 runners declared for the 888sport Tingle Creek Chase at Sandown on Saturday.

The six-year-old is clear favourite at 11-4 with the sponsors for the £150,000 Grade 1 contest over two miles that will be televised live on Channel4 at 3pm.

King’s charge was second on his comeback in the Grade 2 Vix Technology Haldon Gold Cup Chase at Exeter last month where he finished five lengths adrift of the winner, God’s Own, who re-opposes.

Balder Succes’ prospects have been boosted by the booking of the in-form Richard Johnson who rode six winners at The Open Meeting at Cheltenham in November and King says the favourite is in good order ahead of two-day meeting at Sandown on December 5 and 6.

“Balder Succes is in good form and we are looking forward to him running in the 888sport Tingle Creek Chase on Saturday,” King said.

“He has come out of his race at Exeter well when finishing second to God’s Own on his seasonal appearance.

“The current going at Sandown should suit him and we are hopeful of a good run.”

Runners from the Haldon Gold Cup comprise half of the Tingle Creek field after the declarations of Somersby, Hinterland and Pepite Rose – but the money in recent days has been for the Harry Fry-trained Vukovar who continues to attract support.

The French-bred Vukavor had little luck when seventh in a novices’ chase at the Cheltenham Festival where he was hampered at the first fence and Fry is hopeful of a big run.

“The plan is he’ll go to Sandown,” Fry confirmed.

“We think it’s the right race to start him off in, the ground should be fine for him, we have no worries on that score.

“Sandown is a good, stiff test and we’re looking forward to it. You would think it should suit him.

“Watching the Cheltenham race back he travelled well for a long way and then appeared not to get home, but he was hampered early on.