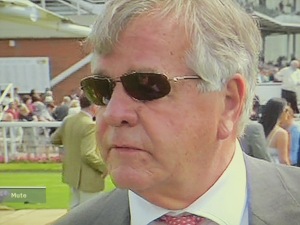 Crystal Zvezda is challenging Legatissimo’s position at the top of the market for the Investec Oaks as 11 runners were confirmed for the Group 1 Classic at Epsom on Friday.

Legatissimo has been a clear favourite for the Oaks since winning the Qipco 1000 Guineas at Newmarket on May 3 but is now 10-3 joint favourite with Crystal Zvezda (Paddy Power).

Elsewhere they are 3-1 joint-favourites with Racebets as Crystal Zvezda – who impressed with the manner of her win in a Listed race on here reappearance at Newbury last month – continues to shorten.

The victory was the Sir Michael Stoute-trained filly’s second in three starts and the trainer reports the daughter of Dubawi in good order as she steps up to the mile and a half distance of the Oaks for the first time.

“Crystal Zvezda took her Newbury race well, and I have been pleased with her preparation,” said Stoute who has won the Oaks twice. “I am very hopeful she will get the Oaks trip and handle Epsom,” he continued.

Meanwhile trainer Luca Cumani believes that the Epsom course and distance will suit his Listed Goodwood winner, Lady Of Dubai, who is best priced at 14-1 but as short as 10-1 for the £450,000 race which is televised live on Channel 4 at 4.30pm on Friday.

“Lady Of Dubai has been very well since her Goodwood win and I’m very happy with her,” said Cumani.

“Stepping up to Group 1 company is a bit of a leap in the dark as the form of that win may not amount to much, but she was visually very impressive and deserves to take her chance.

“Neither the course or the distance should be a problem to her. On pedigree she should stay a mile and a half and when you handle the undulations at Goodwood it is a good pointer to being able to act around Epsom.

“It would be great to win a Classic with a horse that we both bred and trained. We have won the St Leger with a home-bred, Milan [in 2001], but not one that we trained as well.

“I have been involved with this filly right from the very start of her life and she has always been a good looker who has shown promise. But it was only after her Goodwood win that I began to think about her as an Oaks prospect.”