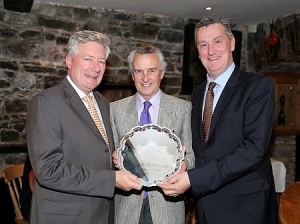 The Prix de l’Opéra at Longchamp has been mooted as the target for Pleascach after her tenacious victory in the Group 1 Darley Yorkshire Oaks at York on Wednesday.

The daughter of Teofilo is trained as her sire was in Ireland by Jim Bolger, who indicated a preference for the Group 1 Prix de l’Opera on October 4, rather that the feature race, the Prix de l’Arc de Triomphe, which is on the same card.

At York Pleascach and Kevin Manning tracked the leader Covert Love for the bulk of the journey before challenging two furlongs out. The Irish filly fought well in the closing stages to reel in the leader and score by a neck.

The victory was Pleascach’s fourth in eight starts and her first since suffering two defeats after her win in the Tattersalls Irish 1000 Guineas in May, after which she was bought by Godolphin.

“The last couple of times she ran there wasn’t much pace and Kevin had to settle her,” said Bolger, of the filly whose in her last two runs was fifth in the Group 1 Pretty Polly Stakes at the Curragh and second in the Ribblesdale at Royal Ascot.

“He said she wasn’t happy to be checked and to break her stride so he decided that whatever happened today, whether the pace was strong or slow, he was not going to interfere with her stride. In other words he cuddled her all the way round and kept her happy.

“And she delivered when she was needed. I felt that she would stay well and we know that she is gutsy when everything else is right. And I knew that today she was at the very top of her game. She came really good in the last couple of weeks.

“I have to talk to John Ferguson [Godolphin representative] and see how she comes out of this but there may be something at Longchamp for her like the Prix de l’Opera. I don’t think we would consider the Arc this year. I would love to train her as a four-year-old.”

Manning said: “She battled all the way to the line and she’s done it very well.

“I thought she ran a little bit flat the last day and didn’t run up to scratch.

“I thought she was back to her best when I rode her work last week.”

“She goes on various types of ground and is a very talented filly.”