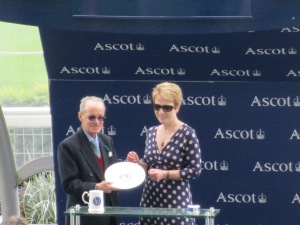 News of 11-time champion jockey Pat Eddery’s death on Tuesday has been received with sorrow by members of the British Horseracing Authority (BHA) in London.

His total number of winners at the time of his retirement in 2003 was surpassed only by Sir Gordon Richards. BHA chief executive, Nick Rust, said he was one of the few jockeys that became a household name.

“It is with great sadness that we hear of the passing of Pat Eddery,” Rust said. “He is one of the great horsemen of our time.

“His ability, achievements and personality meant that he is one of that rare breed of jockeys who transcends our sport and becomes a household name, and he will be fondly remembered and sadly missed by many.

“After his riding career ended, Pat remained in the racing Industry and held a licence to train for the last 10 years.

“In 2012 he acted as a judge in the Godolphin Stud and Stable Staff Awards, freely and generously giving up his time to give something back to the industry which gave him so much.

“We will be forever grateful for what he did for our sport.”