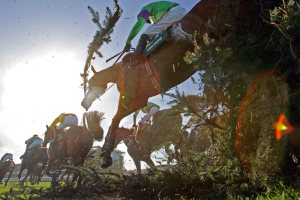 News of the later start time for the Crabbie’s Grand National has been welcomed by the sponsor of the unique steeplechase that will be decided at Aintree on April 9.

Aintree officials announced earlier this year that the start time for the 2016 Grand National would be put back to 5.15pm, which is considered a more user-friendly start time as it may give more people the chance to watch the unique four mile, two furlong and 72 yard contest.

Many Clouds heads 126 entries for the 2016 Crabbie’s Grand National where he bids to become the first horse to win back-to-back Grand Nationals for more than 40 years. Peter Eaton, deputy chairman of Halewood International – the parent company of Crabbie’s – believes the new start time will be ‘highly beneficial’ to the race.

“The Crabbie’s sponsorship has gone from strength to strength over the three years and I don’t know where the time has gone,” Eaton said.

“To be part of Aintree and one of the greatest races in the world is just unbelievable.

“I think John Baker, Andrew Tulloch and all the team at Aintree do a tremendous job to make the race as safe it is today. I also think the previous sponsor John Smith’s did an amazing job but, like everything in life, a change is good.

“I think the change to a later starting time for the Grand National is good (5.15pm). Sport in general is changing and the having it an hour later will give more people the opportunity of seeing the race live as they may otherwise have had work or family commitments.

“I think it will be hugely beneficial.”