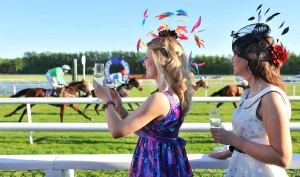 Nick Rust has said that he is “thrilled and honoured” following news that he has been appointed as the new chief executive of the British Horseracing Authority (BHA).

Rust – a long-term employee of Ladbrokes where he is currently managing director of retail – replaces outgoing CEO Paul Bittar and is expected to take over the leadership of horse racing’s governing body early next year.

“Given my lifelong passion for British racing, I am thrilled and honoured to be taking up the role of chief executive at BHA,” Rust, 47, said.

“Racing is a huge sport, and critical to many areas of the economy. It has many exciting opportunities ahead and I know that the racing industry can grasp these.

“I look forward to working with the new Board, and the wider team, as well as our many stakeholders, to build on what has already been achieved across racing and by Paul and his team.”

BHA chairman Steve Harman believes that Rust’s passion for horse racing, allied to his success in business makes him the ideal candidate to replace Bittar, who announced in summer that he would step down as CEO at the end of his three-year-term in early 2015.

“We are delighted to have appointed Nick,” Harman said. “The quality of candidates was amongst the highest I have ever seen for any CEO position, with a range of senior leaders from the UK business, consumer and leisure industries. Nick impressed us all the way through the process.

“He has been an avid Racing fan since childhood, has an impressive track record in his business life, and a great understanding of the opportunities for the sport.

“Those that know Nick know that he has a natural and collaborative leadership style with staff and stakeholders alike, a good blend of humility and desire to get things done. He is comfortable from ‘stable to boardroom’ and understands how pivotal this sport is to jobs and UK PLC.

“He understands the priorities and opportunities well and I know that he will build on the platform developed by Paul Bittar and the BHA team, and be a highly effective and popular leader.”