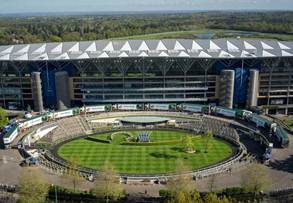 The Cheltenham Gold Cup has a new sponsor and increased prize-money next year after news of a four-year deal with Timico Technology Group to back the feature race of the Cheltenham Festival.

Prize-money for the Timico Cheltenham Gold Cup on March 18 has been boosted by £25,000 to a record £575,000 after the agreement with the independent information and communications technology service provider.

Cheltenham’s richest race, which has recently been sponsored by Betfred and won last year by Coneygree, three weeks ago became available for a new sponsor for the first time since 1979.

“I am delighted that we are able today to announce Timico’s involvement in the Cheltenham Gold Cup,” Ian Renton, regional director of Jockey Club Racecourses South West, said today (Tuesday).

“It is rare that a sponsorship opportunity as prestigious as the Cheltenham Gold Cup becomes available and, in the short window offered, there have been a number of different organisations that have expressed an interest in this sponsorship. I am confident that Timico will prove to be an excellent partner for our flagship race.

“All the team at Cheltenham really look forward to working with [Timico chief executive] Tim Radford and his colleagues as we anticipate the first running of the Timico Cheltenham Gold Cup, the start of a great new partnership between Timico and The Jockey Club.”

Timico was started in 2004 by Radford and is headquartered in Newark, Nottinghamshire, with offices in London, Milton Keynes, Reading and Fareham. The telecoms business employs more than 400 people and plans to use sponsorship of the Gold Cup to further build its reputation ahead of a projected stock market flotation in 2017.

“We’re thrilled to have been chosen as the new sponsors of the Cheltenham Gold Cup,” said Radford who currently has 12 horses in training and has been associated with the top chasers Somersby, Calgary Bay and Racing Demon.

“As an ambitious business working in a fast-paced industry, we were quick to recognise the tremendous opportunity of partnering with The Jockey Club to be part of one of the country’s most prestigious events.”