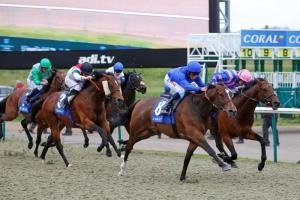 ARC will be increasing their contribution towards total prize money from £11.3 million to £14 million. The boost to funding means that there will now be £28 million worth of prize money at their 512 fixtures in 2016.

The news continues the investment in racecourses close to London and other tracks by the company who in 2014 launched the annual All-Weather Championship Series that culminate in a £1.1 million Finals Day at Lingfield Park on Good Friday.

The National Spirit Hurdle at Fontwell Park in West Sussex will increase from £50,000 to £80,000 and a new series of summer racing at Royal Windsor Racecourse in Berkshire has been instigated that will culminate in a £75,000 final on August 15.

“ARC is in a period of investment,” ARC chief executive Martin Cruddace said. “This includes a significant development to the facilities across our racecourses, including a new all-weather track at Newcastle, an improved turf track at Great Yarmouth, a new restaurant at Uttoxeter and a new grandstand at Bath Racecourse.

“In addition to this we are pleased to be boosting prize money to support the race programme across our racecourses in 2016.

“We are very proud in the leadership we have shown with the Authorised Betting Partner initiative but recognise we have to make the commercially difficult decision to step up to the plate as and until our industry is able to properly capture the torrent of business migrating on-line.

“The increase in prize money will ensure feature races have a prize fund to attract the top horses but also crucially there will be a significant increase in the number of races across ARC racecourses that are run above minimum value.

“ARC recognises the vital input owners, trainers and jockeys make to British racing and we are playing our part in rewarding this by increasing our levels of investment and creating a series of compelling race programmes for all our customers.”