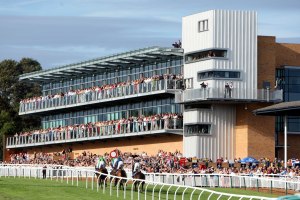 LONDON and south east racegoers have plenty of fixtures to enjoy over the next three days as Ascot, Kempton Park and Fontwell Park host a total of five meetings from Friday to Sunday.

The best bet at Ascot may be Takatul (4.55pm) who contests a one mile Class 3 race. The Charlie Hills-trained colt has won all of his three starts, is suited by the good to firm ground he is likely to get on Friday and is taken to maintain his unbeaten record.

Walpole (Ascot 3.45pm) was another to win his first three starts; but then finished second in a 12 furlong Class 3 at York in May. He returned with a victory in a Class 4 over the same distance at Thirsk in August and is fancied to prevail on his return to Class 3 company.

One for longer odds is the lightly-weighted 20-1 shot Bring On A Spinner (Ascot 2.35pm). Trained by the astute Newmarket handler Stuart Williams, the gelding has won two of his six starts which were both over five furlongs in January. He is at the foot of the weights and may benefit from the step up in trip.

At Kempton on Friday evening, it may be worth siding with the Saeed bin Suroor-trained Power Game (8pm) who steps up to 11 furlongs for the first time in this Class 3 race. He won three in a row at distances up to 10 furlongs, before he was well-beaten back at a mile at his last start.

Atalanta Bay (8.30) is another who has yet to win over the distance of his immediate target – a two mile Class 5 on Friday – but he is returning to form, has won at this track and is fancied to win.

The final fields at the time of writing have yet to be decided for Fontwell, whose Family Fun Day on Sunday comprises a seven-race card that offers a wide variety of entertainment for children, where under 18s go free and tickets for adults are £12 for advance bookings.